The reality star made an appearance at Met Gala 2022 in May wearing the iconic dress which was worn by the late Hollywood legend in 1962.According to the collector Scott Fortner, he has now slammed the decision for Ripley’s Believe it Or Not to loan it to her as “irresponsible.”

He said: “I do feel that it was irresponsible, this is not just a dress. This is a cultural icon. It’s a political icon. It’s a Hollywood icon. It’s part of American history from an event that happened 60 years ago and…it should have been archived and preserved and taken care of. I think the disappointment that I’m experiencing is Ripley has made multiple statements that they were doing everything that they could to protect and preserve the gown.”

The collector who is the curator of the “world’s largest private collection of Monroe’s personal property and archives” had shown his Instagram followers that the gold sequinned number was “missing crystals” with some “left hanging by a thread” and claimed that it was now “irreparable” because the fabric is no longer available. 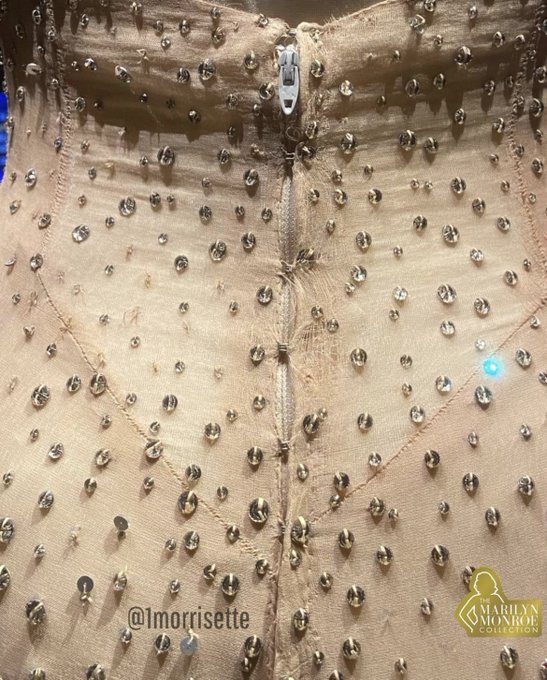 However, Mr. Fortner was keen to stress that he is not trying to attack ‘The Kardashians’ star with his comments, but just reminded followers that it is the “most famous” dress in the world.

He said: “I think a lot of people are really kind of coming down really hard on Kim Kardashian and that’s not my attempt here. It’s the most famous dress in the world.”

In order to preserve the dress, attraction Ripley’s – who purchased the historic item of clothing back in 2016 for a reported $4.8 million – claimed that “great care” was taken, with Kim only wearing the dress for a few minutes before changing into a replica.

In a statement, Ripley’s Believe It Or Not! said: “Great care was taken to preserve this piece of pop culture history. This was no easy decision for Ripley’s, however, Kim Kardashian has continued to show the utmost respect for this opportunity and historic garment.”