Eight suspects Eight suspects are in police custody in Marsabit after they were arrested for being in possession of assortment of weapons, ammunitions and other exhibits in Marsabit Central in the ongoing operation by the Multi-Agency team.

The officers on Tuesday conducted the operation within Manyatta adhi huka and Gof Aratha where they arrested the suspected militias. In the operation obtained highly sophisticated weapons that even the security agents only use them in serious operations like while combating terrorists. 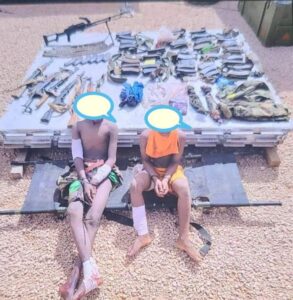 Some of the weapons obtained include a general purpose machine gun with a total of 579 rounds of ammunition. 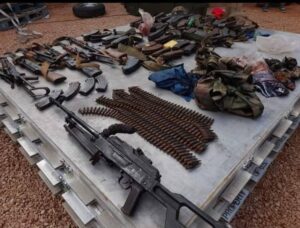 The operation dubbed ‘Rudisha Amani Marsabit’ was launched following a streak of indiscriminate attacks by bandits on members of the public.

The curfew imposed in the County remains in place. 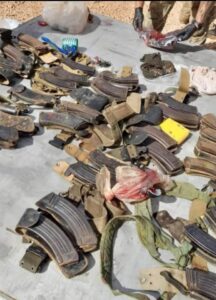